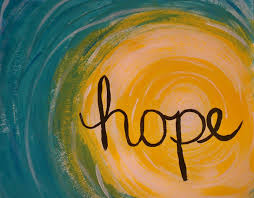 Rob, a former client wanted to share his experiences with Bread of Life Ministries. He began his story by telling me that he, his wife, and 14 month old baby daughter came to the shelter because the place where they were staying was just not appropriate for his family and he had to get them out of that situation. He brought his family to the Bread of Life homeless shelter and began his journey out of homelessness. Rob expressed how depressed, scared, and ashamed he was for their family being in this situation and let his pride stop him from realizing they needed to come to the shelter and begin changing their lives. He felt he would be judged by everyone. That he must be a drug addict, an alcoholic, a worthless person. He wondered “What would my Mom and my friends think?” He found himself apologizing over and over to his wife and baby girl After a few days of adjusting to being homeless and in a shelter, he put his pride aside and decided this was not what he wanted for himself or his family. He wanted “to be a man and provide for my family.” Rob he made a choice between staying in that situation or putting the work in to change their circumstances. Bread of Life Ministries gave him the tools and resources he needed to pick himself up and remove the obstacles that were holding him back. He did whatever it took. Everything his case manager asked him to do and more. Things he found difficult, like filling out complicated paperwork (which he credits his wife with doing) He applied for job after job. Finally all their efforts payed off! He got a call from Bath Iron Works, interviewed and was hired for a great job. With the support of Bread of Life Ministries, Rob and his family were able to move his family to a BOLM apartment where they continued to sacrifice their wants for only their need, saved enough money, and achieved his goal of buying his family a home of their own. Rob brings his little girl to visit Bread of Life once in a while and it’s wonderful to see them so happy.